Steph Curry is five years into his NBA career. Five years isn’t a long time, but it’s enough time to realize something very important; we’ve all been watching one of the greatest shooters ever for five wonderful seasons.

I admit that I once doubted this assertion when it was made during Steph’s third season. There was no possible way for someone to be placed into the conversation of all-time shooters in just three short years. Just two brief years later I am a true believer in the gospel of Steph. I fully realize I was a fool then, but that’s okay because even Peter denied Christ three times. I have repented for my ignorance, and I now look to Steph to continue shooting his way closer and closer to perfection. 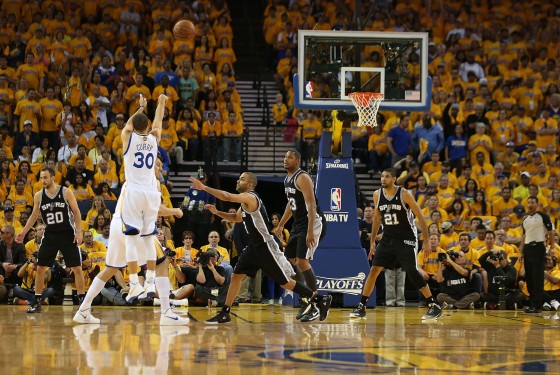 The outside world sees nothing in these numbers, but the basketball world sees them as hallowed ground. Only 11 times in league history has anyone attempted 600 or more three-pointers in a single season. Of those 11 instances two belong to Curry, 600 and 615. Ray Allen comes in at 653 attempts, second all-time for a single season. The lofty 678 attempts belongs to George McCloud.

The number 700 belongs to no man as of yet, because no mortal has been able to soar high enough before his wax wings began to melt.

McCloud flew the highest, which means he also fell the furthest. After his attempt to touch the sun, McCloud recorded only 254 attempts the next season. Allen fared much better in his subsequent season but ultimately hoisted only 443 attempts. Both men suffered shortened seasons after their attempts to walk amongst the Titans. The journey was too brutal for them and left them battered and bruised. Before his history setting season, McCloud had never even attempted 200 threes in a season, and he never attempted more than 283 afterward. As for Allen, he never again reached 500 attempts in a season, let alone 600. Yes, even the greatest shooter in NBA history lost a piece of himself when he failed to reach 700. 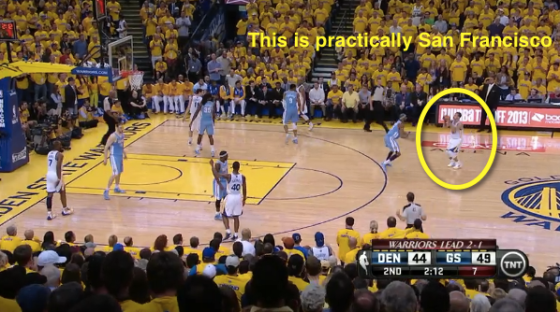 The 700 Club, having never been reached, is in sight.

The head Splash Brother will take us there. Steph took 600 threes in the 2012-2013 season, and his body responded well to it. He took 615 attempts in the 2013-2014 season. There was no regression that season, and there will be no regression this season. Steph knows where destiny is taking him. He’s ready. We’re ready. Klay Thompson isn’t ready, but he had better get ready and in a hurry.

Curry played 78 games in each of the past two seasons; therefore, I’ll assume he plays 78 this upcoming season. 700 attempts over 78 games would mean a rate of 8.97 threes per game. This looks like an unattainable number, but Curry took 7.88 per game last season. Another measly 1.09 shots is a drop in the bucket for Steph, but it’s a drop that could make a huge splash. Steph shot 45.3% and 42.4% from deep over the past two seasons. Taking those numbers into account, it’s safe to assume Curry will shoot 43.9% from the field. A rate of 43.9% for 700 attempts means 307 made threes on the year. Curry’s previous season high in makes is 272. Just imagine a world where 272 makes is eclipsed and is just the former record.

This is the season for this magnificent feat to happen, and that would mean the non-believers will finally accept their hardwood savior. They’ll be able to see the light on every stepback three, every above-the-break three, every corner three and on every three he hoists when a defender gives even the slightest opening.

I can’t wait for Steph the baptist to hold all of our heads under the water as the wettest jumper on Earth floods every NBA arena.

One thought on “Steph Curry and the 700 Club”