Damn, the shoe game left me behind without remorse. I’m washed, and I couldn’t avoid it.

A friend recently asked me if it’s really as hard to get Yeezys as everyone makes it seem. I responded, “Lol, it’s hard as hell.” That Lol was just me masking my pain. How long had it been since I grabbed something in the limited edition range of sneakers? Of course there is the collaborative release from New Balance and Sneaker Politics, but I only got those on the 3rd chance during a random restock–and even a friend is responsible for this. From there I go back to the October 2015 and the Jordan-Supreme collaboration. I didn’t think I had a shot, but I tried my hand. I felt like Josh Smith shooting that shot, but I came out like Steph Curry with a pair in hand.

The only reason I ended up with something other than another L is because that release was randomly in the middle of the day. Had this gone down during Saturday morning hours as most releases tend to do, I wouldn’t have stood a chance.

There was a time when I stood a chance though; we all did.

Before I was washed, I used to wake up at or stay up until 6 to 6:30 a.m. almost every Saturday in order to have a chance at greatness. It was a truly sobering experience that I shared with tens of thousands of other hopefuls. Me and my followers would convene on Twitter to talk hopes and strategy before the 7 a.m. CST drop–which browsers we were using, targeted sites, plans to keep a pair or flip them on eBay for more cash, whether or not we were competing naturally or using PEDs aka bots. It felt like a tight-knit community where we all knew the risks and ignored them in favor of the thrill.

As 7 a.m. neared, my hands would begin to sweat while my heart rate became noticeably quicker. As soon as the link scrolled across a dedicated column on Tweetdeck, we were off to the races. If you were really about this life, you had the layout of a site committed to memory so that your mouse almost guided itself to the proper drop down menus. The order of operations went like this: Twitter link > size selection > add to cart > waiting…waiting…waiting. Having the ‘you are in line for this shoe’ message pop up after you clicked ‘add to cart’ was a test not in patience but in optimism. You could be in line for a minute or sometimes a half-hour or more.

In order to save your sanity, you would go back to Twitter and dream with everyone else while sending out self-deprecating shoe tweets to mask the pain of uncertainty. Sheepishly, you’d go back to the tab to see if it was boom or bust. If it was bust, you’d fire off halfway joking and halfway soul crushing tweets about being done with the shoe game, sometimes tweeting Nike directly. If you received an error that caused defeat, you @’d the responsible retailer even though you knew you were just screaming into the void. No matter the error, as long as the CC charge didn’t go through there was no help to be had.  Sometimes the hype was too real, and a sellout happened before you could gather your bearings.

On the other side was success. You sent out joyous messages if you somehow made it to the checkout screen and got your CC charge to go through without error. You didn’t celebrate until you saw the congratulations screen and received the followup email. That’s what we ultimately lived for, a brief but satisfying confirmation. This was all before 8 a.m. on a precious Saturday morning. Your endgame determined if, after celebratory tweets, you eventually floated to sleep until post-noon hours or if you stayed up for a bit more in order to get a jump on reselling your newly won prize.

YAAAAS, it was a long journey, but I finally got my size. #KD6 #Florals #KD6Floral #Nike #persistence

If your goal was to get kicks for keeps, you’d just go back to bed while dreaming of upcoming Instagram photo-ops. However, reselling meant you’d be up for a bit longer while making meticulous eBay postings. I was often after resell profits. Sleep would have to wait while I created screenshots of receipts and confirmation emails to use as stand-in images for the eBay listings until the shoes arrived. From there you set your price and chose a selling style, auction vs or best offer, and waited. Once you had a buyer, you’d pay off the CC charge and begin anew a week or two later.

That’s mostly all over now. I don’t remember the last time I woke up on a Saturday morning for a release. My computer chair remains cold, and my computer sits quietly, no action to be had. I still go on sneaker blogs daily and make mental notes of notable releases, either for my personal collection or for a possible resell. For a while I still set my alarm, but I’d wake up, think about it and then turn off all alarms and go back to bed. Now I don’t even set alarms. I don’t even know if any hope remains; my shoe heart is now two sizes too small.

My search for adventure lies elsewhere now–limited releases from New Balance and Asics with both brands having some of the strongest colorways of anyone the past year and a half or so. The game isn’t as cutthroat with these usually, so hope springs eternal. I no longer look to flipping shoes, but the itch is still there. Now I look to build my collection slow and steady.

The desire for self-inflicted sorrow is gone. The roller-coaster ride was exciting while it lasted because of the highs, but damn the emotional lows were increasingly low. There’s only so many add to cart or checkout errors you can endure. There are only so many times you can watch the Finish Line page count down from 30 to 0 only to restart again or have something sell out in 45 seconds after an hour of mental prep. The game has passed me by, and it’s time to embrace that. 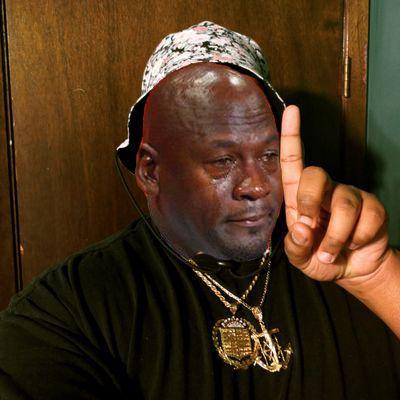