I had a stroke of genius a couple of days ago to do Q & A sessions with my 10 favorite tweeters (if willing). My first choice to begin the series was Christian Smith, better known as @DacPlanet. I don’t remember when we became Twitter homies, but the experience has been positive. He’s a top notch contributor to social media, and I wanted to explore his thoughts on a few things. 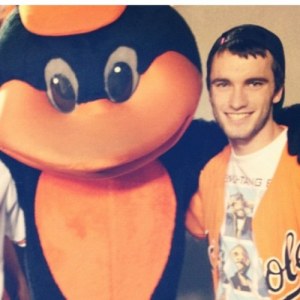 Twitter, to me, is the ability to express my thoughts to millions of people in a split second. Thoughts come to my head, spark down my fingers, and then they’re everyone’s to process. It’s really a good way to express yourself, study other human behavior, and learn, really. Everyday I learn more on Twitter than I do anywhere else.

You have a unique tweet style, how would you describe it?

I describe it as a “freestyle” tweeter, or a “stream of consciousness” style. As soon as something comes to my mind, I say it. No matter what popular opinion is, or if it’s offensive, I’m very honest and revealing about everything I genuinely think.

Have you reached your Twitter apex? If not, what’s your idea of the top?

I’ve nowhere near reached my potential as a person nor tweeter. Everyday I grow. I learn to accept more flaws of man, I learn to relate to those flaws in a better way. I think one of my strong points as a tweeter is how agreeable and relate-able I am, and the jokes help sometimes.

“Fear of Dac Planet”, the Twitter mixtape, tell us about it.

This mixtape was purely constructed on love for music (mostly hip-hop), and extreme boredom. I jokingly recorded a few songs long ago, got a decent response to them from friends and social media, got bored one day, and decided to try getting only slightly more serious with it. I bought a solid enough microphone and just started recording some stuff. I jokingly said I was going to release a mixtape, and eventually it became less and less of a joke as I got more addicted to the simple process of making music. Though I think most people should understand this is purely for fun.

You’ve made some money from that free release. What does that mean going forward for you?

That simply for me mean better quality of music. I improve everyday as a write and orator, and I am trying to better improve my quality of recording. Eventually, I plan to make high-quality professional sounding beats to go along with the exact same thing with vocals. I will spend every dollar of this money to attempt to make my own recording and production studio.

What future features are you looking for?

At this point, anyone who is willing to record something with me. If we’re speaking of dream collaborations, unrealistically of course, my favorite people to make music with would bed: Statik Selektah, MF DOOM, Danny Brown, The Weekend, Madlib, Kendrick Lamar, Freddie Gibbs, Das Racist, Death Grips and El-P.

Realistically speaking, no Cory Gunz or Charles Hamilton? Editor’s note: I like Cory Gunz, but I’ve only listened to Hamilton a few times.

I think I’m less confident in myself in my rapping ability than most people would be, but I find it hard to believe a homeless person would ever want to record with me for a free meal. It’s just tough to be realistic about what you can become as a musician, better yet a human being. At the same time, I’m a firm believer in myself that I can become the best at anything I’ve ever done. As far as Cory Gunz goes: I would kill to make a song with that dude, but at the same time, he would murder me on any beat. And with Charles Hamilton, he’s a little out there and I think our styles wouldn’t mesh, but once again I would kill for either collab.

It’s just like everyone else, a normal person who happened to get lucky enough at the right spots to build a large follower base. It’s fun though, you can talk about anything and something will respond with something.

Has your Twitter success caused friction in the streets, or do they still who you love?

It’s not so much my Twitter success, but more my volume of tweeting. Sometimes I’ll get “Oh, there he is, Mr. Twitter!” because Twitter isn’t all that popular around my area, or “Yeah, sorry, had to unfollow you because you tweet too much”. Either way it’s not a big deal to me. If people dislike, they’re probably reaching, because I’m usually a pretty agreeable person.

That’s good to hear. You have that 50 Cent energy on Twitter, but 50 was out there wearing vests. I’d hate for you to not feel safe out here on Twitter. Opinions are still safe, I guess.

For the most part they are, which is why Twitter is so great, but at the same time why Twitter will kill us. People can state some real out of line opinions on Twitter sometimes. That’s the freedom of speech though, and I love it.

How does a successful day of tweeting affect your daily activities?

It enhances it. Sometimes when I need to go somewhere by myself I have 1,000 people in my phone waiting to talk to me at the drop of a dime. It enhances sporting events, award shows, TV shows, etc., etc., etc. on a daily basis. To the millionth degree.

Who do you look up to or admire on Twitter?

As far as tweets go, @Yuccimane, @Seth_Baul, and @CardboardGerald. These guys have been consistently entertaining to me for a long time on Twitter. They cover such a large base of topics, and most of them appeal to me or teach me something.

What’s up with the milk?

I’m really not very sure about this. It just tastes flawless to me. It goes along with so many different foods. I drink 3/4 of a gallon a day.

What do you say to those who say we’re not optimized to digest milk?

I will say to those people I am truly sorry. It brings me such pleasure to drink it at any given time. If it didn’t cost money I would drink a ton more, which is already a ridiculous amount.

This may be controversial (not really though), but what do you have to say to or about #BasketballTwitter purists?

I would honestly like for them to screw off. I would love for people to not be allowed to complain about things they can control. If they purely want to talk about basketball, Twitter is probably not the place for them. They should join a basketball forum. If they don’t like the people I talk to it is not required they follow said people or myself.

What happens when you reach 2,000 followers?

I will purely have 1,000 more people to be interacting with. The benchmarks genuinely don’t matter to me as much as I let on. I enjoy each real human follower as the last. They open doors to reach more people, they open doors for me to learn, and so much more.

Would you accept an invitation for round two of this in the future?

Absolutely, this lets me look into my own mind and realize why I’m doing this stuff myself, while at the same time allowing for others to understand me more.